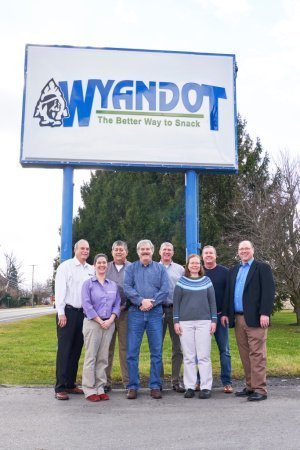 How does a family-owned company go from being one of the largest exporters of raw popcorn to a successful co-manufacturer of healthy extruded snacks and corn and tortilla chips? That was the task for Rob Sarlls when he took his post as ¬president and CEO of Marion, OH-based Wyandot Snacks in late 2015.

“Wyandot had all the elements of a fantastic business,” said Mr. Sarlls, a plant-based snack industry veteran whose experience spans decades in the food industry. “It’s always had a reputation of being the smart people in the snack food space. They’re the brainpower, and the focus on technical expertise has always been well-known and respected.”

The other quality Wyandot’s known for is its “can-do attitude,” as Mr. Sarlls described it. That’s something inherent in a family business’ DNA.

“It was always, ‘Go to the ends of the earth to make the customer happy, get the job done, and get it done right,’” he recalled.

That ethos led Wyandot from producing raw popcorn to developing packaged goods and corn-based chips. But it didn’t stop there.